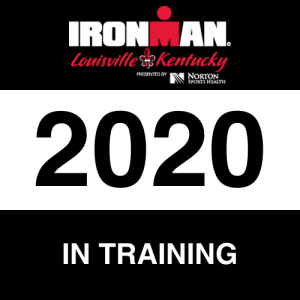 IRONMAN TRAINING IN THE TIME OF PANDEMIC – PART III

It’s a really strange time in the world right now but I am doing my best to keep some normalcy in my life, and training for my fifth Ironman is helping a lot with that.  Many races scheduled for spring have either been canceled or postponed to the fall.  Fortunately, my race is scheduled for mid-October and hasn’t been affected yet but I am training with crossed fingers and doing each workout with the thought in the back of my mind that if things don’t improve with this virus, I may be training for naught.

But since I’m Mr. Optomist, I’m keeping a positive outlook and will keep training for Ironman Louisville until I’m told otherwise.  I’d be doing some kind of training anyway, regardless if I was signed up for a race.

The weather has started to turn a little for the better and with the warmer temps, I find myself riding outside more and relying less on the spin bike.  This has reminded me a couple of things.  First, a spin bike is a decent workout but it’s no substitute for riding outside.  Secondly, riding outside is killing me!  My butt is sore and hates me for making it sit on a bike saddle that was clearly not designed for comfort.  And my calves have decided that cramping up while riding is a fine thing.

As a longtime runner, I don’t remember ever having cramps from running.  It’s only when I started doing triathlons and in particular training for Ironman that they became a thing.  I would get cramps in my feet when swimming, which is really weird because you aren’t even using them much.  I knew when the foot cramps came on it was time for me to get out of the pool because they would get worse before they got better.  Plus it gave me an excuse to quit swimming because I hate it.

Most of my rides are short enough during the week that cramps aren’t a problem.  It’s the longer weekend rides that cause them.  Specifically, I am referring to calf cramps.  I’ll be spinning along doing just fine and then I will get that first warning twinge.  I’ve gotten pretty good at backing off the intensity and avoiding the dreaded “Charley Horse”.  Severe cramps really don’t occur while biking.  No, they save themselves for when you are in bed trying to sleep.  Move your foot just the wrong way under the covers and BOOM – Cramp City.

In all honesty, though, the cramps were a much more frequent occurrence when I was first starting out in the sport.  That first year training for Ironman Wisconsin in 2013 I would experience them much more often after a long ride.  But I am much more experienced now and they don’t seem to bother me as much as they used to.

Other triathletes are always looking at the reason behind the calf cramps.  Some say it’s due to being dehydrated.  Or not enough salt, potassium or other minerals in your diet or hydration drink.  I don’t disagree with those reasons contributing to calf cramps, but I don’t think it’s the main reason.  I have found a correlation to getting calf cramps with an increase in a certain activity that you haven’t been doing and/or the intensity of the new activity.  Calf cramps for me are always at the beginning of a 30-week training cycle when I stop spinning an easy gear on the spin bike indoors and actually have to work when I ride outdoors.  I always want to jump right back in where I left off in the late fall and ride with the same intensity that I had built up over the course of the summer.  That’s a silly mistake that I always make and relearn every spring.  Cramps also generally occur towards the end of a ride, when you have been spinning your legs at 90+ rpm and haven’t given them a single break.

Some athletes will also treat the symptoms of a cramp rather than why they are cramping in the first place.  Somewhere someone decided that pickle juice is the wonder drink to prevent cramps.  What a horrible thing to drink.  And there’s a company out there that produces a drink product that claims to stop cramps as soon as you feel them coming on.  This drink has a combination of ginger, cinnamon and a strong pepper in it that is supposed to re-wire your nerves to stop the cramp.  That seems dumb, but the science behind it kind of makes sense.  The theory is that when you over-stimulate the nerves in your muscles they go haywire.  When you start to cramp you take a drink of their product (or something very strong tasting, like pickle juice) and that strong taste of it refocuses your brain away from the over-excited nerves in your cramping leg.  People swear that it works.  But wouldn’t you rather not cramp up than have to treat it with some crazy drink?  I would.

I do find that after a few weeks of retraining my legs for the workload and backing off how hard I push myself will result in the cramping occurrence to fade and be a lot less of a problem.  By the end of the training period and when race day comes, cramps will pretty much be a non-issue for me.

So I truly believe that calf cramps from cycling come from an increase in the activity from being off for a long period and then working them too hard when restarting your training regimen.  It’s overexertion, plain and simple.  So hopefully I will never need to carry pickle juice with me on a ride.